In honour of a great protest performer, the inspirational Martin Luther King was originally named Michael King and later his dad decided to change his name. The astounding, life changing hero had a major impact on the American law and civil rights.

This successful movement helped to transform the minds of the strict political leaders, and also gave him the potential power to make major changes to help the black Americans. He has also given many speeches. What would the world be like without Martin Luther King? 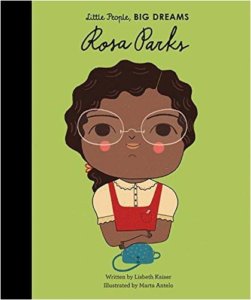 The amazing Rosa Parks refused to switch her seat on the bus, on 1st December, 1955. This happened before but when Rosa created her boycott (refuse to swap seats) it was bigger, better and more powerful than ever! The cause of this was that black people weren’t allowed to sit on these buses because they were specifically reserved for white people. At this time in America, black people and white people did not have equal rights and that is what Rosa Parks was fighting for. Just imagine, if Rosa Parks didn’t do this, the world be a world I know I wouldn’t want to live in! Would you? https://www.youtube.com/watch?v=sHttUInZHTY

By Lily and Charlotte